On March 24, 2020August 30, 2020
by Juliette Jamieson
in Casinos
Comments Off on Details about Louis Theroux: Gambling in Las Vegas a Documentary Film

Louis Theroux: Gambling in Las Vegas is a TV documentary film that was written and presented by video journalist Louis Theroux. During the course of this particular film, he goes to Las Vegas with the aim of uncovering and shining a spotlight on the world and people within the casino culture that exists there. He meets with these people and discusses the overall casino and betting culture with two of the casino’s high-rollers. He also meets with the casino staff, people whose job as casino employee is to ensure that the players’ every need is taken care of. He spends time with a slots player who was working through her family fortune as fast as possible. The programme was broadcast in 2007 on BBC Two. 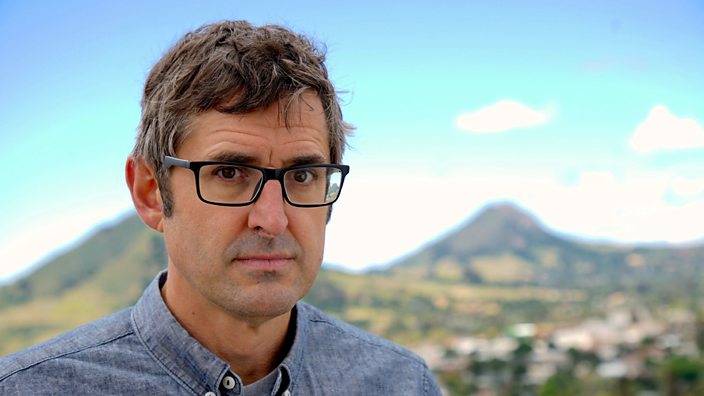 Gambling in Las Vegas Not So Surprising

This particular documentary film may not have been as enlightening as some of his previous forays into the more taboo subjects, but it was nonetheless a particular snapshot of what he found in Las Vegas. In summation Louis Theroux finds that the thrill of winning is highly addictive, and this makes many irresolute people particularly susceptible to the rushes. So they keep coming back for more. This is probably not a surprise to anyone.

In Louis Theroux: Gambling in Las Vegas the people that he meets, interviews and gambles with appear to be reasonably well heeled, and seem to have survived losses many may have found appalling. One player, Alan, nonchalantly lost $300 000, and an old lady playing slots had lost some $ 4 million on the machines over the past seven years. Fortunately, when her husband passed away some years previously, the casino had paid for his memorial service as a token of thanks.

There was one moment of remarkable educational clarity when Louis Theroux focussed on the casino employees’ reactions when they saw a client was losing every penny they owned. Their conscience and empathy stretched only as far as intervening enough to suggest a meal break. Interestingly, during the past decade there have been many casino care improvements, and responsible gambling interventionist strategies put in place in this regard, particularly in the UK.

Louis Theroux: Gambling in Las Vegas does not show any of the woe begotten tales of tragedy one expects at the Strip. Nevertheless, the characters one meets in this documentary are all still severely affected by their addiction, despite perhaps it not being an enormous financial pain. The documentary ends with Louis himself playing baccarat. He walks away $1500 richer, showing that winning is indeed possible, and that perhaps the real message of the film is also the real message regarding gambling in general, when you are ahead walk away.